Reviewed in illustration by Tara Black, all rights reserved. 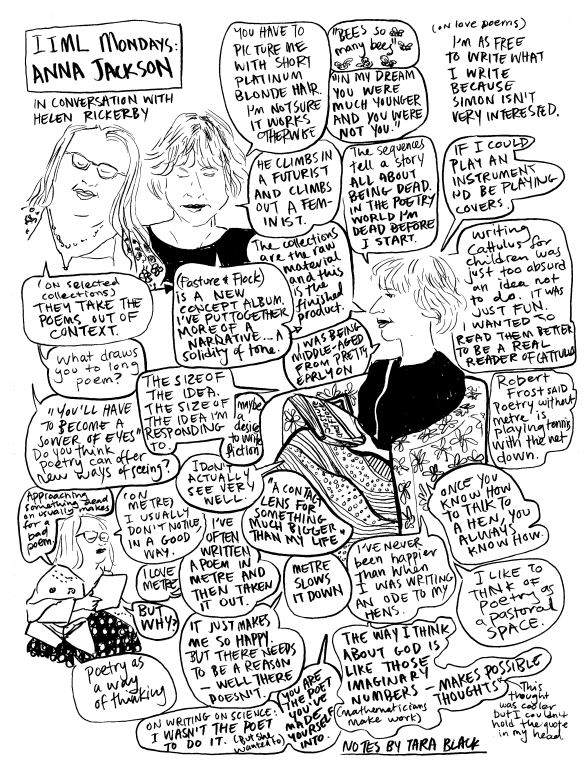 There has been a surge in recent culture, and across disciplines, of what we could term as biographical impulse. Objects, diseases and cities, through to created historical figures in art works, have all been examined through this lens, which involves interpreting a range of material to construct a narrative. This surge has also led to increasing awareness of the tension in biographical enterprise: there is a constant process of resurrection and modification.

Both impulse and tension are reflected, and even cultivated, in the emergence of a new genre, which is subject to critical discussion in Truth and Beauty: Verse Biography in Canada, Australia and New Zealand edited by Anna Jackson, Helen Rickerby and Angelina Sbroma. ‘Verse biography’ melds biography and poetry to produce works where ‘the competing and complementary claims of truth and beauty’ find home in historical figures, whose lives are rendered in poetry.

Biography often favours chronology as the driving narrative force or main thread of work, which is then fleshed out with anecdotes and facts, reliable accounts, and investigations of identity. But verse presents another way of looking at things – ‘a freedom from the concerns of conventional biography’. It emphasises moments, highlights omissions, plays with chronology and is free from the burden of establishing authority or authenticity. We see this tendency in Anne Carson’s lyrical treatment of Sappho’s fragments, where she plays with square brackets to indicate omission: ‘Brackets are an aesthetic gesture toward the papyrological event rather than an accurate record of it.’

There is an inevitable jousting between the autobiographical and biographical in any act of interpretation or reconstruction, but verse biography stands apart in its approach – it is deliberate and self-aware, conscious of its subjectivity. Not only does verse biography provide another framing for the story of a historical person – for example a look at Billy the Kid in Michael Ondjaate’s work focuses on Billy’s later years, his intimates, what drives him to violence – his ‘trials and tribulations in New Mexico’. But there is also a framing of the relationship between subject and writer, which propels us to consider whose voice is speaking through these works? In Margaret Atwood’s rendering of Susanna Moodie we are unsure whether it is writer or subject: ‘The mouth produces words/I said I created/ myself, and these/frames, comma, calendars/ that enclose me’.

Through various poets’ treatments of figures such as Emile Bronte, Captain Cook and Akhenaten, the cycle of destruction and renewal – of resurrection and modification – ‘reminds us that historical figures are but characters marked beneath our current selves.’ With contributions from academics and poets (sometimes both), the essays survey the concerns of voice, palimpsests, masks, mythologising, characters as vehicles for contemporary messages – and bring this ‘construction of life’ to the reader’s attention – revealing the awareness of these verse biographers carry in their works.

Although this academic text is by no means light reading, Truth and Beauty holds a certain unruly appeal in that it captures a moment in time in Canada, Australia and New Zealand, where the emerging cultural practice of verse biography sits on the cusp of becoming something in particular. The collection of ten essays, which form this satisfying tome from Victoria University Press, critically analyses important verse biographers and captures this lively diversity, where ‘individual works are so variously influenced, so eclectic in approach to the idea of verse biography, and so various in form’. The range of possibilities before the institution of a canon or genre settles, and the freedom this entails, is exciting to consider. Indeed ‘verse biography expands the possibilities for both biography and lyric’. 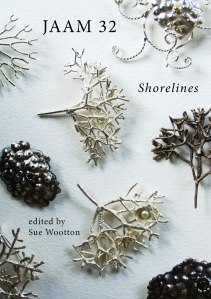 JAAM 32 is a nautical cornucopia, a sea-chest laden with poetry, fiction and artworks, which sometimes tiptoes along the water’s edge, is sometimes submerged, sometimes takes to the ocean, sometimes to the riverbanks, and comes ashore in Mozambique, Cape Reinga, Southern California. ‘Shorelines’ was the issue’s theme, selected by guest editor, Sue Wootton. Wooton is a Dunedin writer, with an impressive literary CV. She states that she chose ‘Shorelines’ as the theme because she sees “our islands’ physical shorelines as the great connector for us as a people”. But this collection is not simply a geographic construction.

Shorelines can be emotional and sociopolitical demarcations, the lines at which two worlds rub up against each other. And so, this issue is not about spindrift and seaweed alone (though there is plenty of that). There is an essay by Judith Coullie about life in apartheid South Africa. There is Bridget Auchmuty’s poem about a relationship on the precipice. Shorelines place a wedge between ‘us’ and ‘them’. Sometimes that line is defined, other times it is brackish and muddied.

The collection kicks off with Teoti Jardine’s poem ‘Te Tai O Rakiura’ which introduces a sub-theme of ‘korerorero’. This issue is a conversation of sorts, between poets and photographers, folks from the North and folks from the South, new New Zealanders and seventh generation New Zealanders. There are household names – David Eggleton, Vincent O’Sullivan, Diane Brown among them, and names that were new to me (although possibly they shouldn’t be) – Holly Blair, Michael Pohl, Carin Smeaton and Brian Sorrell.

Certain page-corners of my copy of JAAM 32 are bent, leading me back to favourite yarns and poems. Rata Gordon’s poem, ‘Not Seagulls’ is one such instance. Here is a fabulous antithetical poem, a poem which staunchly declares what it is not and, in the process, yields splendid imagery – ‘It won’t make smooth / metaphors about sea glass’ and ‘It doesn’t want to open like a mussel sloshed in hot water’. Rhian Gallagher’s ‘The Salt Marsh’ is another favourite, with a stanza I wish I had penned:

‘I’ve walked the salt marsh in sunlight
come back in the depths of night
to listen to geese at their pillow talk.’

For something totally different, Annaleese Jochems takes her reader inside the head of an adolescent girl, in her story ‘Ripening’. This is both hilarious and excruciating. And, while retaining something of my awkwardness and angst, I thank my-lucky-stars I am no longer fifteen.

JAAM 32 is a meaty collection of more than two hundred pages. It is a handsome journal, and takes a broad sweep of contemporary New Zealand literature. Jewellery by Lynn Kelly as well as photographs by Auchmuty are also showcased in colour prints. JAAM may be an acronym for ‘Just Another Art Movement’, but I get the feeling this is something solid, something here to stay.

JAAM 32: Shorelines
by Sue Wooton
Published by the JAAM Collective 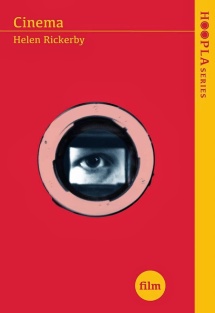 Adjust your vision to the dim of the theatre. Helen Rickerby is taking us
to the cinema. But this is no standard ninety minute B-grade flick. This is a movie buffet. And Rickerby pans cinematic history, and its people, in her new collection.

Rickerby introduces the cinema as a ‘revolution’, conquering ‘distance and memory’, bringing about the annihilation of time. In Cinema, time can be travelled and situations rehashed. Characters can be transformed into ‘wittier, more stylish’ versions of themselves. Yet Cinema‘s characters ‘do not think, (they) are thought’, and their fates are governed by their directors – the likes of Kubrick, Malick, Lynch and Campion.

Cinema is an Escher-scape, where recursion is the crux of reflection, where one might announce, ‘this is myself, playing myself playing myself’ or ‘I have glasses over my glasses’. Hidden meanings lurk beneath objects. ‘A bathroom means a closed door, a sanctuary, asylum…’. Objects are not all they seem – ‘her mirror is her mother’. People change form to become flowers.

Cinema straddles the line between fiction and reality. Narrators may be unwittingly deceitful and the reader may ask ‘Can the people be trusted? Can he trust himself’. It is a place wherein doppelgängers prowl, spontaneous combustion may or may not happen, and an ‘anteater of self-doubt’ may land upon the unsuspecting.

Rickerby’s world is at once compelling and absurd. One gets the feeling one is not in Kansas anymore. As Rickerby’s poem, ‘New Worlds’, suggests – ‘this is a strange place, a foreign land’.

Strange as this place Rickerby takes us to may be, there is entertainment beyond the discombobulation. Rickerby’s poem, ‘This is the way the world ends’, articulates this perfectly:

‘This story is about remembering
and forgetting

Not knowing where you are
or if it’s real

But you can die with a martini in your hand’.