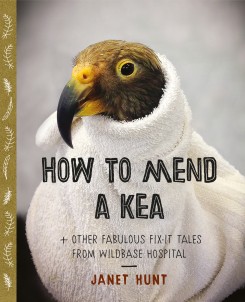 And this one made it all the way to the cover of the Booksellers NZ Summer Reading Catalogue, thanks to patient #78129 on the front cover & the high quality graphics and design throughout. The ultra-talented Janet Hunt did the design of the book, as well as choosing the case-studies and writing it. It is the first children’s book that Massey University Press has published, and it is based around the happenings at Wildbase Hospital, which is on the Massey campus in Palmerston North.

Once she has introduced Wildbase and what it exists for, Hunt takes us through what happens when a patient is admitted. The book has a pleasing shape, from the broad strokes about how the hospital runs, right through to the specific case studies, and finishing with simple snapshots showing the range of reasons that see animals admitted to Wildbase.

Throughout the book, it is made clear that the birds (and other animals) admitted to Wildbase are wild, and they are treated as such. This means allowing them their own space, where they can hide when they need to. It also means they don’t have names, just numbers for the sake of tracking them through their processes. The brief moments where Hunt enters the birds’ skin to tell a piece of their story are done with respect and a deep understanding of the behaviour of birds.

Another aspect I was impressed with in this book was the ability that Hunt has to write young, without writing down. A break-out box explains the way in which wild animals must feel upon going to hospital as like ‘being abducted by aliens.’ Perfect! And the use of illustrations and x-rays to explain the goings-on during processes are well-judged and perfectly placed.

In the third section, which takes you through ‘how to de-oil a penguin’ – telling the story of the Rena disaster – ‘how to repair kiwi’, ‘how to medicate mollymawk’ and more, Hunt tells the story of each of these incidents without sparing the details or medical language, but without putting it out of reach of a child who wishes to understand.

The final section of snapshots is a great reminder to kids and adults alike, about the simple things we could do to reduce the likelihood of wildlife being admitted to Wildbase. These included putting special stickers on windows so that birds know they are there, collaring your cat, keeping your dog on a lead, and stopping the use of plastic bags.

I’d recommend this wonderful book for kids and adults to share from age 7 up – some of the language will be unfamiliar, but it is a fascinating read for all future eco-warriors. I remember joining Greenpeace at around that age, so it’s the perfect time to start them. 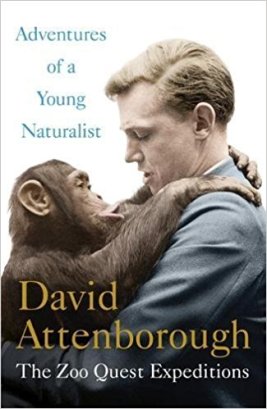 David Attenborough is a legend of our time, synonymous with sharing the wonders and delights of the natural world with us through numerous television series over decades. He is a man with fascinating stories to tell about his life and career and Zoo Quest Expeditions shares some of these adventures.

In the 1950’s, David Attenborough was 26, a television producer for the BBC with two year’s broadcasting experience and an unused zoology degree, anxious to make animal programmes.

His plan was simple. The BBC and the London Zoo should mount a joint animal-collecting expedition on which both he and a curator of reptiles from the London Zoo should go. David would direct film sequences showing the London Zoo curator searching for and finally capturing a creature of particular interest. The resulting television series should be called Zoo Quest.

Zoo Quest Expeditions is David’s diary account of the experiences they had on their animal-collecting expeditions into the wilderness of British Guiana (Guyana), Indonesia, and Paraguay in the 1950’s.

Part of the magic of this book is the realisation as to how special these far flung locations were in a time when there was limited access to the area, and few European faces. Exotic animals were abundant the jungles and wilderness, and sometimes living as pets in remote villages. David and his team come into contact with Caiman crocodiles, piranhas, sloths, exotic birds, giant spiders, vampire bats, capybara, tree porcupines, manatee, anteaters, and many, many more wonderful creatures.

There is also the realisation that David Attenborough was far more than just a television producer and presenter, he was a very hands-on naturalist, with a confidence and appreciation of the animals and wilderness environments. He waded in deep crocodile infested waters, crawled through jungles, climbed trees with giant snakes; the man had no fear. The tale of David wrestling with the monster python a foot wide and 12 feet long in the jungles of Java is an eye-opener.

David Attenborough acknowledges in the book’s introduction that nowadays zoos don’t send out animal collectors on quests to bring them back for the zoo collection. The methods were of the time, when men of science were still concerned with compiling a catalogue of all the species of animals alive today, rather than conservation and respect for the wildlife and environment. If you can be comfortable with this, you’ll be able to appreciate the stories of the beautiful and charismatic creatures and their first interactions with humans, rather than saddened by the fact they were often collected and brought back to zoos.

On the trip back from Guyana, most of the animals were brought back by sea, except a few nice spiders, scorpions and one or two snakes in sealed tins with tiny air holes that went on the plane with David. He also kept a Coatimundi kitten nestled inside his shirt, a delightful furry creature still on a milk diet, with bright brown eyes, a long ringed tail and a pointed inquisitive snout. When he became hungry for more, they fed him worms rustled up from the tulip gardens at the airport in Amsterdam.

Zoo Quest Expeditions is a snapshot of a time long past, and a truly fascinating account of the wonderful animals that live our planet Earth.

Adventures of a Young Naturalist: The Zoo Quest Expeditions features in the 2017 Summer Reading Catalogue.

We are blessed in New Zealand with a n 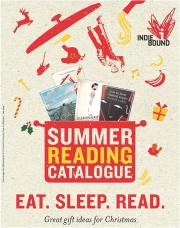 Looking at this page, I am instantly transported to happy summer days spent jumping off the end of a pier in Kaikoura, courtesy of Coast: A New Zealand Journey (Random House NZ). This was reviewed by Emma Wong-Ming, who says ‘What I loved most was the distinct ‘Aotearoa’ voice of the book.  It feels as though an accomplished orator was standing in the room with me, telling a story about our 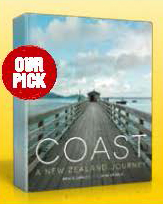 country.’ This is going to be under my Christmas tree for my parents, I hope it makes it under a good few more.

There is a glut of amazing pictorial non-fiction featured here. Promoting Prosperity, by Peter Alsop and Gary Stewart (Craig Potton Publishing) is the follow-up to NZ Post Illustrated short-lister Selling the Dream by the same team. Other art histories featured include Landscape Paintings of New Zealand (Random House NZ), by Christopher Johnstone, which features 137 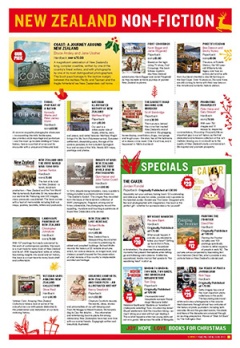 reproductions of New Zealand art – ‘a must-have for every lover of New Zealand and its art.’ With a similar theme, one of our super-specials for our catalogue-subscribed independent bookstores, is Painting the Frontier (David Bateman Ltd), by David Filer, on special at just $12, down from $49.99. Check out the second section of this article to find out where you can find this special.

There are two fantastic war history pictorial books, both reviewed here by our CEO Lincoln Gould. New Zealand and the First World War: 1914-1919 (Penguin NZ) is a multimedia scrapbook by Damien Fenton, each copy of which required 40min to assemble at the printer in China. Images of War: New Zealand and the First World War in Photographs (HarperCollins NZ) by Glyn Harper and John Tonkin-Covell is a collection of photographs with a difference – many of them were taken by the soldiers on the front lines.

You can’t go wrong with lavish illustration when you are 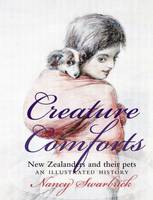 There is certainly plenty on offer this year for those who like their reading to be informative as well as entertaining!

Following our launch last week of the Summer Reading Catalogue in fourteen great Indie bookstores, we are giving our loyal readers a summary of what we are recommending for the coming holidays. It might help you solve a few gift ideas, as well as giving you something to ask Santa for! 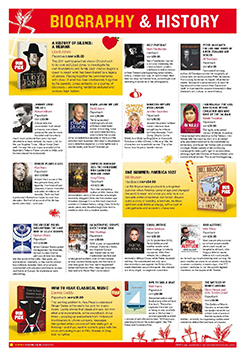 Arts and culture biographies steal the local limelight. The feature for New Zealand biographies is  A History of Silence: A Memoir, by Lloyd Jones. Lloyd Jones is the feature title for New Zealand biographies. Written by one of our foremost novelists, Jones investigates his own family history after the Christchurch earthquakes in this moving autobiography. The other kiwi biographies featured are Self-Portrait, by Marti Friedlander and Peter McLeavey: The Life and Times of a New Zealand Art Dealer, by Jill Trevelyan, which charters the forty five year history of the Cuba Street dealer gallery and the evolution of modern art in New Zealand. The McLeavey biography was recently reviewed by our Projects Manager Megan Dunn, in her other life as an art writer, on art website Eyecontact.

Johnny Cash: The Life, by Robert Hilburn was reviewed this week on our blog by Gordon Findlay. Despite there being a lot of alternatives to this biography, including two autobiographies – including two autobiographies by the man in black himself – this new work is praised as telling “the other eighty percent (of the story), in a comprehensive, stylish way.” For some autobiographical doses of celebrity sparkle, check out David Jason: My Life, or Bonkers: My life with laughs. And for those who want to engage with events of historical importance there’s the best-selling I am Malala: The girl who stood up for education and was shot by the Taliban, by Malala Yousafzai (review coming), Equal Justice, by Rabia Siddique and Empress Dowager Cixi: The Concubine who launched Modern China, by Jung Chang.

One Summer: America 1927 by Bill Bryson leads the history stack, with a glowing review on this blog by Elizabeth Heritage. We also have two great books by Awa Press, How to hear classical music, by Davinia Caddy, and How to sail a boat, by Matt Vance. Both books come highly recommended by our reviewers, for enthusiasts and newcomers alike.

With the centenary of the first world war fast approaching, we also feature a couple of sobering war history books – Catastrophe: Europe goes to war 1914, by Max Hastings, about what went on in Europe that led to the first world war; and The Battles of Monte Cassino, by Glyn Harper and John Tonkin-Covell, about the second world war and the battles in Italy during that period. 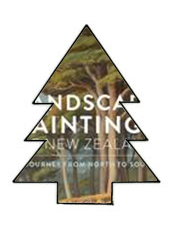 Next week, we will feature another huge range of New Zealand non-fiction, including some fantastic big photographic books, a couple of which are included in our bumper Christmas book giveaway, which begins today.