To be woken by a mobile phone call while climbing into bed at a roadside motel in a small South Island country town was perhaps my first encounter of the wonderful, if a little eccentric, world of New Zealand booksellers.

“I heard you are in town and want to talk to you about bookselling,” said Russell Antiss. How did he know I was in Ashburton? I had not told anyone I was even going through the town. However, I had met Philip King of Canterbury University Bookshop earlier in the day and Philip had spread the world down the line that the new guy from Booksellers NZ was doing a tour. I don’t know whether Philip actually said this, but I suspect he might have told Russell, “He knows absolutely nothing about bookselling, so you might want to put him straight.”

Russell insisted that he would come around to the motel, pick me up and take me to his home for a cognac and a chat; most hospitable and an interesting discussion on the industry, particularly the founding of the Paper Plus Group, ensued.

Actually I had an even stranger, but far less hospitable encounter with the industry when John and Ruth McIntyre of the Children’s Bookshop in Kilbirnie threw a “welcome to the book trade” function at the trade’s traditional Wellington watering hole, the Southern Cross. This particular bookseller, who shall remain nameless, decided he would introduce himself by way of head-butting me and telling me what a shocking fraud I was rorting the trade by way of the structure of book tokens as administered by Booksellers NZ.

So a good industry to join? “Yeah, nah,” might have been an answer then, but as it has turned out, the last six and half years have been very enjoyable, for many reasons, particularly thanks to my encounters with the wide variety of booksellers throughout New Zealand.

On another tour of bookshops a few years into my time at Booksellers NZ, I pulled into Take Note Wairoa, now independent bookshop The Book Parade, owned by Ange McKay. Okay, it’s small and sells a lot of stuff other than books, but the shop is an important community hub. Asked what book she sells most of, the answer was Tākitimu, written by Tiaka Hikawera Mitira (J. H. Mitchell) and first published by A.H. and A.W Reed in 1972, but still published by and available through Oratia Media. It is a history of the Ngati Kahungunu iwi that recognise Tākitimu as their foundation canoe, and it traces the history of the peoples of the Te Urewera.

Sales from many community bookshops represent special interests of their localities. Paper Plus in Ashburton told me of selling lots of books about tractors. Mind, local specialities are not fully understood sometimes: Paper Plus Support Office noted the higher than usual sales of tractor books in Ashburton so delivered a larger than usual pack of a new title they thought would sell well down there – A Short History of Tractors in Ukrainian.

I certainly have not met all the booksellers in the country, but all that I have met, while individualist and sometimes eccentric, have one thing in common – a passion for books and bookselling. To be called a “good bookseller”, especially by a cranky publisher, is a badge of honour.

Bookselling has been tough over the past few years and the industry has lost a number of its characters, such as Jeff Grigor from Chapters and Verses in Timaru, Tim Skinner from Capital Books in Wellington, John Ahradsen from Paper Plus. But it appears the tide has turned for sales and while not up there with at pre-2007 levels, the graph is heading in the right direction.

This coming weekend’s NZ Bookshop Day will be a celebration of bookshops in communities right across the country and a celebration too of the many booksellers who are sticking with the trade primarily for one reason – they love books.

Veteran book rep John Bentley never let his bookseller customers move to the Thames & Hudson list until they had bought from the lists of more basic publishers he represented. That done, he would announce “Here’s pudding!” and open the box of full-colour art and decor titles.

So it is with chick lit*, the pavlova of fiction. When your reading selection becomes meat,

greens and potatoes, it is time to divert to the light and frothy. As it happens, New Zealand authors do pavlova rather well, and our top five have an international readership.

Danielle Hawkins’ Chocolate Cake for Breakfast has been a steady presence in Nielsen’s top ten NZ fiction list for several weeks now. She is counted as NZ-published, though the Arena imprint is a part of Allen and Unwin, and Chocolate Cake is also successful in the Australian market.

The Sarah-Kate Lynch effect
Wedding Bees, the most recent title by Sarah-Kate Lynch, is published by HarperCollins in NZ, HarperCollins 360 in the UK and by one of their other imprints, William Morrow, in America. Her agent in New York arranged the overseas rights sales for this and many of her prior chick lit books, with translations in the Dutch, Polish, Bulgarian, Swedish, Italian, Portuguese and Brazilian markets – and in Hebrew.

No chance of that for her next book, the personal, anecdotal nonfiction Screw You Dolores: A Wicked Approach to Happiness (and a guide to turning 50) released by Random House next month. It is written for a strictly Kiwi audience: “We get the jokes,” she told The Read. “It is about knowing when to do what someone tells you to do, and knowing when to tell them to stick it…” 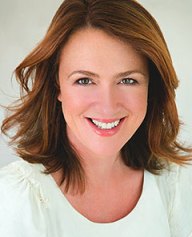 internationally by Hachette’s Orion imprint, she was offered a worldwide contract with the imprint. One of her reasons for accepting that was the ease of being able to deal with just one publisher and one editor. In fact, over her five titles – most recently The Food of Love Cookery School – she has had only two editors. ”Both are strong and old-fashioned female editors who knew what they were doing. Every writer goes off on tangents and needs to be brought back to the story line!” Her titles have been translated in Polish, Dutch and Portuguese.

Our most recent break-out author

Catherine Robertson has written three novels: The Sweet Life of Darrell Kincaid, The Not So Perfect Life of Mo Lawrence, and The Misplaced Affections of Charlotte Fforbes, all Kiwi best sellers. Her first two books were picked up by a major German publisher, but they refused Misplaced Affections.

It wasn’t sweet or simple enough, as Robertson explained on the Booknotes Unbound blog, for the publisher to easily market it as chick lit. “My stories have become too complex, and my humour too ironic,” she wrote. “Why would irony and humour be out of place in chick lit, I wondered? Why would either diminish a reader’s enjoyment of a book in this genre?” Seems the clash of literary cultures extends to cover this field: worthy apple strudel for Germans, melt in the mouth ‘pav’ for Kiwis!

lit author has ever got away with, Michelle Holman’s are the opposite. Bonkers, Divine, Knotted and Barefoot are one book, one word, titles. Her most recent, the loquacious Hand Me Down, spent 20 weeks on the bestsellers list in 2011. “I write what I like to read,” says Holman, “Stylish, sexy, funny romances where women are sassy, men are flawed, and laughter and happy endings are guaranteed.”

Rights to her novels have sold in Germany, Austria, Switzerland and Portugal.
Fans have been waiting for a new novel, and Michelle is constantly asked when she’s going to write another book. Right now the pressure of home (she has a family) and work life means there is very little time left to write a new novel at the moment.

But how is it selling?

So how is chick lit faring on the bookshop shelves? Paper Plus Group’s Catherine Raynes (left) says the popularity of chick lit peaked around three to four years ago, but it still performs consistently on the book market. Our top Kiwi authors in the genre have all been on the chains’ best seller lists. 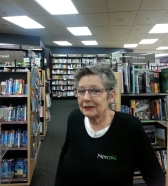 internationally. Their style and covers don’t look like ‘a New Zealand novel’ in the convention we’ve come to expect, which is refreshing.”

Gail Woodward (left), book buyer at Paper Plus (formerly Dymocks) Newmarket, believes the chick lit offering on the market has become diversified, and that the trend is for the light and fluffy sex-and-shopping titles to be aimed at a younger age group, and the classic relationship based novels to be more complex and have more depth.

“Chick lit doesn’t ring true as a label for the genre now… a lot of it has moved up a stage. I prefer to call it women’s fiction.”

s ‘was the original chick lit novel’ and that Marian Keyes, JoJo Moyes, and Bridget Jones author Helen Fielding are being surpassed by newer writers including our own international stars.

Always  ahead of the market, Gail’s book of the moment is American novel Fin & Lady, by Cathleen Schine. Only loosely chick lit, the story of a relationship between orphaned Fin and his older half sister Lady in fifties America is one she is enthusiastically hand-selling.

But already, Gail thinks she has detected the next big thing in novels for the female market. It is ‘faction’ with real characters populating fiction. Think The Paris Wife, by Paula McLain, Loving Frank, by Nancy Horan, American Wife, by Curtis Sittenfeld and Naomi Woods’ Mrs Hemingway.

By Jillian Ewart, Feature Writer for The Read

Although it sometimes includes romantic elements, chick lit is generally not considered a direct subcategory of the romance novel genre, because the heroine’s relationship with her family or friends is often just as important as her romantic relationships.