This is a digest of our Twitter feed that we email out most Mondays, Tuesdays and Wednesdays. Sign up here for free if you’d like it emailed to you.

Events
Tonight on the North Shore The Story of Peter Blake is being launched at 6.30pm

Ladies’ Litera-Tea – now there are two of them!

From Under the Overcoat by Sue Orr

A Micronaut in the Wide World: The Life and Times of Graham Percy by Gregory O’Brien

From around the internet
Fifty Shades of Grey in pictures

“What is the reason for the sex-novel craze? Is it the public or the novelists to blame?”

Opportunities
Are you aged 13-18 and love poetry? We’d love to publish your poems on the Pulse  Email ThePulse@ccc.govt.nz

This book is in stores now and is a finalist in the New Zealand Post Book Awards.

In the introduction to this book, Gregory O’Brien catches our attention by defining a micronaut as: ‘someone who dwells on or is moved by small things; he or she is a student of miniature objects or a traveller across minute spaces.’ He goes on to apply this definition to Graham Percy, the New Zealand-born graphic artist, illustrator, typographer and designer ‘who traveled far (Taranaki to London via Auckland) and built a career on the closely observed detail.’

That which the introduction states, the book itself illustrates with nearly two hundred pages of Percy’s varied works, resonant in themselves and enhanced by O’Brien’s lucid artistic analysis and magnetic chronicle of Percy’s life. It would be fair to say that up until recently, Graham Percy’s artwork, particularly the independent work of the last few years of his life (Percy died in 2008), was not that well-known, at least by me. 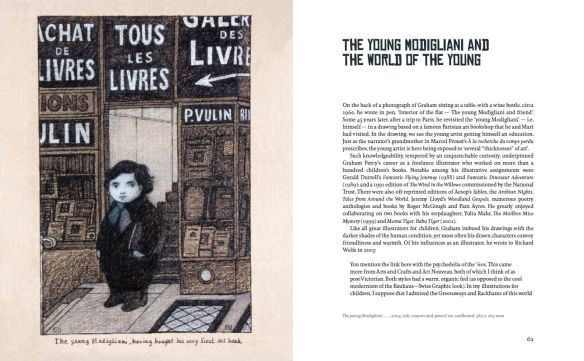 A reader such as this, coming fresh to the subject (Percy specifically and art generally), provides an excellent examination of this kind of book. And it turns out that the book passes with flying colours. Which is to say that as I moved through the pages, traveling chronologically along the river of the artist’s life, I was aware of a developing sense of deep pleasure and admiration bordering on awe.

The subject of this awe (sometimes lapsing into envy) was two-fold. Firstly, there is the actual art of Percy: illustrations, designs and paintings – precisely rendered, imaginative, original and often wry. Evidence of a richly lived physical and mental life. Then there is the prose of O’Brien: intelligent, articulate and the product of thoughtful research. (The writer spent several months in the artist’s home in 2009.) Evidence of respect for the reader, who may or may not be familiar with art history and artistic process. 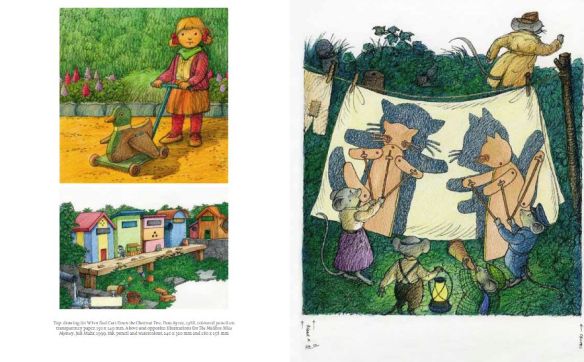 For the reader, savvy or savage, this should act as a stimulus and a provocation. By this I mean that like the reproduced artwork within its pages, this book provides the opportunity not only to revel in the micronautical genius of the inspired expatriate Graham Percy, but also to contemplate how one might (oxymoronically) follow Percy’s lead in carving an individual path through life.

A Micronaut in the Wide World: The Life and Times of Graham Percy
by Gregory O’Brien
Published by Auckland University Press
ISBN 9781869404703