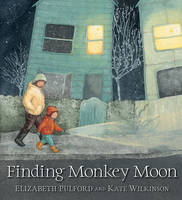 When I was 12 years old my younger sister lost her beloved teddy in the ‘Ladies’ at Kirkaldie & Stains, in the big city. This was the bear that went everywhere, shared every meal, every thought and every song. She was devastated. So much so, that she wouldn’t sleep all night. Eventually we all piled into the family Morris Minor and head back to the store to search for it. We eventually tracked it down in the accounts department, where some well-meaning soul had rescued it, and the two were once again reunited.

That story came to mind as I read this tale to my own children, and I was very quickly reminded of the beautiful, intimate and unique relationships that children often have with their own individual ‘friends’. These soft toys come in to their lives by many different paths – birthdays, Christmas presents, rewards, souvenirs from overseas, inherited treasures. No matter how they come by them, a child will often place their entire life – imagined and real – into that toy, so to lose it is all the more crushing.

That’s the underlying premise in this small tale by Elizabeth Pulford and Kate Wilkinson. Pulford writes with empathy for the child, and not the adult. We’re often very quick to replace the toy; tell the child to move on, deal with the loss – and in return, perhaps they may not invest as much into their next toy. Of course not all kids are as intense and for them the story has a different edge. This one is about responsibility; about picking up before you leave the park, being aware of your possessions when you’re out.

In Finding Monkey Moon, on a cold wintery night Michael realises he’s left his favourite toy out in the world. Through limited words, simple language and delicate coloured pencils a quiet, familiar story unfolds, as four-year-old Michael and his father retrace his earlier steps to rescue his ‘friend’.

The book has another subtle theme going for it, too. The main characters – Michael and his Dad don’t argue or grumble. They simply just pull on their coats, grab their torches and head out to find Monkey Moon. They search under the kennel, in the bushes, at the playground, in the dark. As they call out, Michael reflects on what it’s like to be forgotten, alone in the snow, abandoned. It motivates him. It’s a rescue in the old fashioned way, within Michael’s imagination, with Dad taking a solid leadership role while teaching responsibility by stealth.

When I was small I avoided non-fiction the way other children avoided vegetables. I skipped the history in the School Journal and went straight to the fiction bar. In my reading habits, I was fact-averse. There was, however, one non-fiction book that I swallowed whole: The World of Pets.

I was given it for my birthday when I was eight years old. It was a large, hefty book with full-colour plates and chapter headings such as How to Care for Mice, Keeping Guinea Pigs and Which Breed of Cat Is For You? I loved its grave and factual tone. There were animals in that book that I could only dream of having – cats with pedigrees, silky rabbits, chubby hamsters, voles, and even chestnut horses with long manes. My animal-loving obsession was tolerated by my family. They nicknamed me Daktari, and banned all pets inside the house.

Perhaps it was being the youngest of eight siblings that made me want to be the boss of others, but it was true that whatever was able to be caught and brought up in a cage, I had at some stage tried to be the master of. As Seamus Heaney put it, “I would fill jampotfuls of the jellied /specks to range on window-sills at home,..and wait and watch until, the fattening dots burst into nimble -/swimming tadpoles”.

I bred mice in different colours in a four-storey cage built by the caretaker at the school my mother taught in. The cage allowed me to partition off floors and separate the babies from the males, who sometimes ate them. I also owned a cat, some goldfish and an axolotl. I kept guinea pigs named Wilbur (but of course) and Charlotte – and all of their offspring. I had an aviary which housed ring-necked doves, quails and finches. I managed this whole animal kingdom alone, with the book as my guide. 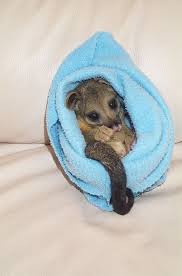 One day, the caretaker at my mother’s school arrived in her class with an orphaned baby possum and my mother brought it home for me. It was a tiny pet furball, the cutest thing imaginable, and it clung to me. Whenever I picked it up it climbed up on to my head and sat spreadeagled in my hair. One morning I woke to find the possum was missing from its cage. I remember crying in the morn-ing before school.

There was no chapter in The World of Pets titled How To Look After Your Pet Possum. It could only have contained the unhelpful sentence ‘It doesn’t belong to you’. The writing in that book was prosaic and encyclopaedic but at the age of eight it gave me my fictional life: Hamster Trainer, Rabbit Keeper, Horse Owner. 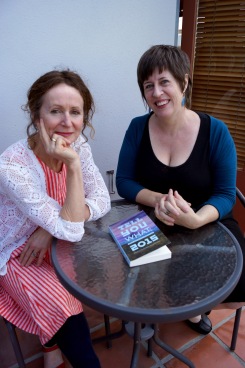