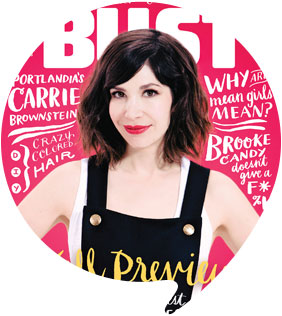 Some days are better than others for being a feminist. Today, so far, is a good day.

I started my WORD Saturday with Busted; Charlotte Graham interviewing Debbie Stoller, editor in chief of US feminist magazine Bust. The art gallery theatre was full of people – mostly women – I assume mostly feminists – keen to hear her talk.

Bust magazine has recently celebrated its 100th issue. Stoller says they were often not sure there would even be a next issue. “There’s not a lot of money in feminism, and I often do feel like I’m in the feminism business … We have to pull ourselves up by our bra straps every day.” Funding is a constant issue. Selling ads on the website doesn’t work; Bust has to be supported by readers subscribing to the print magazine in order to survive. “Hopefully print will come back like vinyl.”

Stoller spoke about the way in which women raised on feminism “felt like we were trying to cut our way through the jungle” in terms of finding a way forward in life. “Bridget Jones’ Diary was a revelation, the way it depicted the life of a single 30yo woman.” She and her colleagues started Bust because they wanted to create a mainstream women’s magazine that didn’t make women hate themselves. “Men’s mags were about the pleasure and the power of being male”, so where were the magazines that made women feel good?

Stoller is also known for re-embracing traditionally feminine arts such as knitting, and has written a series of ‘Stitch & Bitch’ books. She says “Martha Stewart is one of my three top feminists” (the other two being Madonna and Courtney Love). Domestic art can be something you do for yourself. But why, as women, when we read about Martha Stewart, do we immediately put pressure on ourselves to do that too? There’s this presentation of perfection followed by a feeling that we have to achieve that too. Is there an equivalent in male culture, asks Stoller? And if not, why not?

Stoller spoke about the ways that, even though young women these days are not reading as many magazines, they’re still getting the same messages of body hatred and the pressure to perform constant perfection from social media: “No one instagrams how well their toenail polish matches the cat vomit”. She spoke about the way feminism in the 1970s classed housework as drudgery, but then women got into the workforce and found that a lot of that was drudgery too. The difference is that paid work is more highly valued, both in terms of money and appreciation. But with Pinterest etc., “private work becomes public”, and can transform domestic work into something publicly and immediately appreciated by others. “I feel that I should have a Pinterest-worthy life.”

Stoller says that the issue of feminism and choice is very difficult. If a women chooses to, for example, surgically enhance her breasts or shave her vulva, is that a feminist action? Stoller pointed out that “women can make choices that help sustain sexism too”, and that “it can makes you feel better in a sexist society to just go along” with the prevailing mode. Just because it’s a woman making the choice doesn’t necessarily make it a feminist action.

The thing that struck me most was when Stoller said “always question how things are assigned value and importance”. She pointed out that things that come out of male culture (like sports) tend to be immediately valued, whereas those that come from female culture (like fashion) are constantly put down. “Why is playing soccer so much more important than being a weaver?”

Stoller pointed to the abuse US actor Lesley Jones has recently received as an example of the sexism and racism still active in our society. “It’s a really important moment … Solutions start with awareness and acknowledging of the problems … Mainstream media is site of change and power now, not politics.” She has hope that the world can change for the better.

I’m finding that that hope, tempered with pragmatism, is emerging as a common theme across WORD Christchurch 2016 – particularly in the 2050 session yesterday discussing climate chaos. We should have hope for the future, contingent upon us all pitching in to help to make that change happen. Something for us all to consider.

Debbie Stoller will also appear in:
The Sunday Fringe – How to Start a Magazine, Sun 28 Aug, 10am

I was really looking forward to this session, and I was not disappointed: authors Catherine Robertson, Witi Ihimaera, Paul Cleave and Paula Morris in conversation about the fiction of Aotearoa. 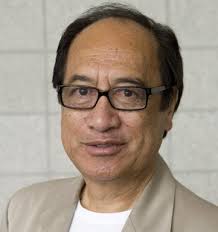 Almost immediately, we ran up against the problem of nomenclature. Ihimaera talked a lot about ‘New Zealand literature’, by which he seemed to mean ‘New Zealand literary fiction’. He was obviously reveling in the role of provocateur, and delighted in lobbing conversational grenades such as “I write New Zealand literature, they [fellow panellists] don’t”; “New Zealand literature is dead (when you think about it statistically)”; “I can’t write crime fiction because it’s too far below me”. It was (mostly) received in good humour, though, and it was gratifying to see Bats Theatre packed out with people keen to join the conversation. The room was buzzing for the whole hour.

Cleave articulated a common problem when he said he was put off NZ fiction at school by being forced to study Owls Do Cry, which was not the kind of story he was after when he was a teenager. It gave him a long-lasting (but, he realises now, erroneous) impression that that’s what all NZ fiction is like. Cleave suggested that we need to get into schools and educate kids about the entire spectrum of our writing. Morris pointed out that the new initiative Hooked on NZ Books aims to help do that by providing a forum for young people to review NZ YA literature.

We heard a lot of ideas about what young people should or should not be doing and reading. Ihimaera suggested that literary festivals should have two-for-one tickets where adults have to bring a young person with them. He said “our young people like to see things, they don’t like to read things”, so we need to use visual media to reach them. He worries that the whakapapa of NZ literature isn’t being passed on. Morris bemoaned the fact that she sees tertiary students who still have Harry Potter notebooks, and says young people need, at some point, to put the things of childhood away and graduate to adult literature. 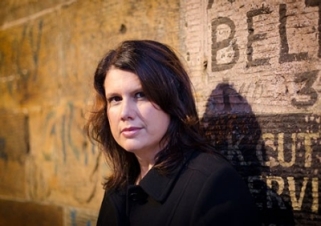 I see her point, but I’m not sure I entirely agree with Morris there. During this session no one mentioned fan culture, and how it influences NZ readers’ behaviour. One of the reasons young adults continue to read Harry Potter despite no longer being children themselves is that they value being part of the fan community: it’s much wider than just the books. Perhaps some fruitful questions to consider in future literary festivals might be, which NZ authors are inspiring a fan community? How does that influence New Zealanders’ reading behaviour? Who is reading NZ fan fiction? How does NZ fan fiction fit into the wide and diverse landscape of NZ literature?

My fellow festival reviewers Charlotte Graham and Ellen Falconer – both in their 20s – have also made some interesting points about young people at literary festivals, which I think are pertinent to the question of who’s reading NZ fiction.

Graham says: “everyone wants to know both how we get more young people (a) along and (b) buying books, so that the industry will not die, but at the same time they don’t REALLY want young people there because they enjoy the whole Q and A at the end just being about how young people are crap and obsessed with their phones and Breaking Bad (which would be awkward in a room full of young people).

“Most of the young people I know read literary fiction (yes, on their phones) and also watch Breaking Bad. Yesterday, I finished a book of literary fiction and tonight I plan to binge-watch House of Cards. It’s just that a lot of us don’t feel like literary festivals are really for us. I don’t know how exactly this happened, but it is important when, as Witi pointed out, book awards and writers fests are the main ways that New Zealand writers get attention and promotion.”

Falconer said she really valued the Taking Form event at Writers Week (a panel discussion with writer Courtney Sina Meredith, graphic novelist Mariko Tamaki and artist and curator Kerry Ann Lee, chaired by Sarah Laing) because “the speakers are about 5-10 years older than me, and ask themselves a lot of the same questions about their work and life as I do my own.” 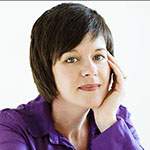 There is also the problem of elitism. Robertson made the point that YA fiction is presented as all being on par, but when we become grown-ups, we’re expected to specialise and distinguish between ‘higher’ and ‘lower’ qualities of writing. Ihimaera criticised literary festivals for being elitist, but at the same time insisted that we must have a literary canon to “write New Zealand into existence”. He said we’ve only a had a 30-year window (in the mid-to-late twentieth century) to say ‘this is New Zealand literature’. He finds it frightening to let that go. I was glad when Morris pointed out that there are lots of writers engaging with New Zealand-ness still, and producing all kinds of really interesting work.

It was fascinating to see the ways in which the panel members made value judgements about their own work. Morris, who has written both YA and literary fiction, frankly admitted that she considers her work for adults to be worth a lot more: people will forget her YA books but “Rangatira [a literary novel] is my contribution to the conversation about NZ literature”. She notes that authors have much more freedom in writing adult literary novels – but the penalty you pay is that publishers may not publish them and readers may not read them. 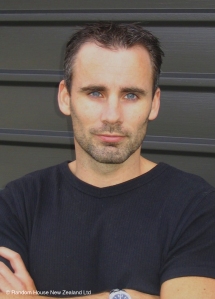 Cleave, who writes crime fiction, said he would leave writing NZ culture to others. He has made a conscious decision not to market his books as NZ novels. Robertson, who writes romantic and contemporary fiction, pointed out that many commercially successful NZ authors are not well known here because we tend to celebrate the literary authors more.

Robertson made the excellent point that people read for many different reasons and should have all kinds of different books available to them to fulfil their varying needs. She said we need to scrutinise our own biases and our leftover colonial mentality that tells us that NZ writing isn’t as good as writing from overseas.

On the subject of internationality, I was intrigued to learn from Morris that in May she will be launching an Academy of New Zealand Literature. It will include genre-crossing work and Pasifika writing, and will help position and promote NZ writing overseas. Watch this space for more news on that.

Towards the end of the session, Ihimaera graciously told Cleave and Robertson that, contrary to what he had said earlier, “you do write New Zealand literature”. I agree with Morris that our books should and can contain everything about Aotearoa – and every Writers Week I discover a new aspect of that. Huge congratulations and grateful thanks to everyone involved in making it happen. See you next year!