Uncle Sam was a bonus uncle: an army pal of my Uncle Ted from Malaya days who just sort of showed up and became part of the family. He came from an Irish clan further up the North Island, so I imagine when he met the Wellington Graces he felt right at home.

Sam was larger than life; tremendously large to my young eyes, a big man at a time when not many people were. His voice was big, too – resonant, orotund, dramatic – and he sang like an angel. In fact, he sang in the choir of St Mary of the Angels, and when he died, the choir sang him out in a heavenly funeral mass.

Sam was that old-fashioned thing: a lifelong bachelor. He never smoked, hardly drank, loved music, lived simply. And so he had money to spare. He was generous at a time when not many people were lavish with cash and with goodies. He never came to visit empty-handed, and his gifts were invariably glamorous, to me astonishingly so: liqueur and chocolates for the adults, pretty hankies for the ladies, hardback books for the children.

Sam took children very seriously, which I appreciated, being a very serious child. We had long, grave conversations, and he always asked about what I was reading. I didn’t just look forward to those conversations with my honorary uncle, I positively swotted for them. 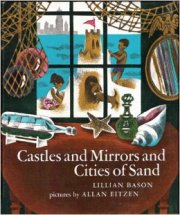 ne of the books he brought – which might have been intended for my younger brother but became an obsession for me – was a picture book with the magical title Castles and Mirrors and Cities of Sand. A title like that promised a fantasy world of some sort, but this was a far more serious thing: a nonfiction picture book!

The pictures were evocative, fuzzily overprinted in gold and teal and pink and red, and something about their expansive simplicity drew me in. The illustrator, Allan Eitzen, was (Google tells me) a Mennonite, and now that I know this, I detect a pragmatic, reverent worldliness in the images. Children at play on a beach; Afghan men building houses from bricks made of sand and straw; Navajo sand-painters; bundled-up workers on trucks scattering sand on snowy roads; all children of God.

The words, by Lillian Bason, are hypnotically sensible in the way of children’s books of the era. ‘Sand feels warm and soft and tickles your toes when you walk in it,’ she begins. ‘But’ – and there’s always a but in nonfiction, isn’t there? Straight away, because where else to begin dismantling what we know except at the beginning, and why write at all if that’s not what we’re going to do? –

‘But it is really made
of different kinds of rock
pounded into tiny pieces
by ice and water
and the wind –
Of course this takes
A long, long time!’

And we’re in business. It’s a perfect nonfiction lede: stand by to see the world extrapolated from a grain of sand. 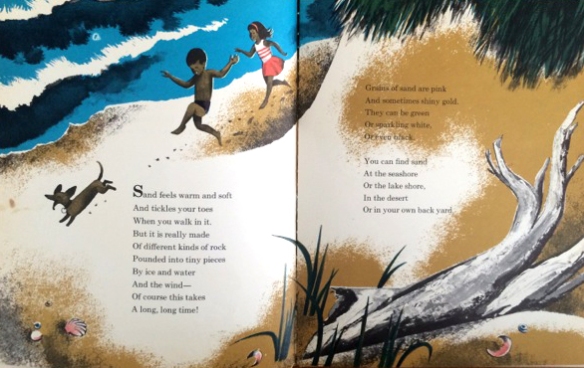 Who knew sand had so many features, so many uses? Lillian knew. Start by really looking at sand, she urges the child reader. ‘Grains of sand are pink and sometimes shiny gold. They can be green or sparkling white, or even black.’ Look more closely: sand is someone’s home. Who’s living in the sand right now? Crabs and snails and starfish, for starters. And ants. Right under your nose. And out in the desert, a whole bunch of other creatures: lizards, horned toads, Gila monsters. If you don’t know what these are, Allan’s camouflaged pictures will show you.

Sand is for making sandcastles; everyone knows that (I always lingered over the page that shows a fantastically complicated sandcastle with bridges and towers and moats and archways). And if the sandcastle is like a city, then the city is a sandcastle writ large. Lillian and Allan show the bigger structures that bigger people make, from hand-built mudbrick houses to ‘roads and bridges, tall office buildings, and apartment houses in cities.’ 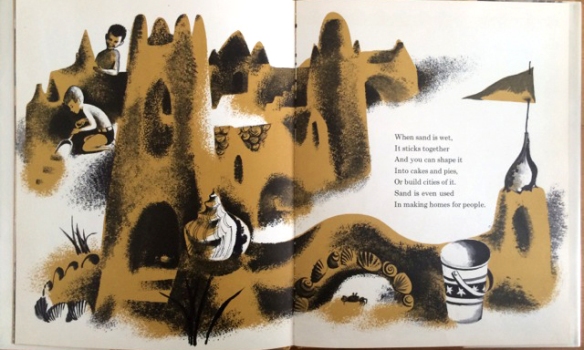 In the city, sand is everywhere! Flip that egg-timer. Feel that sandpaper. Watch the grit-truck in winter (or dream about it, if you’re a child in an unfairly snowless climate). Then turn the page and find yourself in a cool dark cathedral illuminated by stained glass. That’s sand, too, because guess what: ‘Glasses you drink from and glasses you look through, and windows and mirrors and telescopes, all used to be grains of sand.’

And what’s more, the book continues, sand is a medium: you’ve written in it at the beach; people paint with it in the desert. Sand is for art. 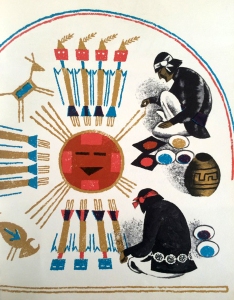 The medicine man had bowls of sand,
black and red,
yellow, blue, and white –
then, holding up a handful
of each color,
he’d sprinkle it on his picture
to make the right design.’

The bright lines, primary and clear, an incantation: this sentence is a sand picture in words. The right design.

Like language, sand is also an ephemeral encircling of the world, shifty and transformative. In the African desert, writes Lillian, ‘you can see how the dunes keep changing shape as the winds blow the sand around. And if you go fishing along the coast, you can see how the waves keep washing the sand to new places along the shore.’ Allan’s illustration folds the dunes of one place into the dunes of the other. Sand, like language, shapes the world pro tem: always in play, no sooner apprehended than it’s whisked away by wind or water or time.

In a beautiful piece in our anthology Tell You What: Great New Zealand Nonfiction 2015, Eleanor Catton makes the argument that children cannot truly apprehend the sublime – a magnificent mountainous view, say – ‘because a child need not, perhaps cannot, confront the limitations of his or her language.’ Language, Catton writes, ‘for a child, is already miraculous, supple, generous in its association, tragic, hilarious, disproportionate and huge.’

This is persuasively put. And yet. In its combination of clear pictures and plain language, the end of Castles and Mirrors and Cities of Sand always had the power to send me hurtling out of myself into a sensation that both evaded description and demanded it, which is surely the definition of the sublime.

The first image: a stark, dark headland battered by the sea, a trio of gulls holding strong in a gale. A world without people. The stack of words echoes the shape of the cliff face:

‘Maybe the sandy beach
where you like to play
used to be a rocky cliff
high above the ocean
that was slowly worn away
by years and years
of dashing waves
and stormy winds.’

It did! It was! (I feel the beginning of a shudder, even now.) 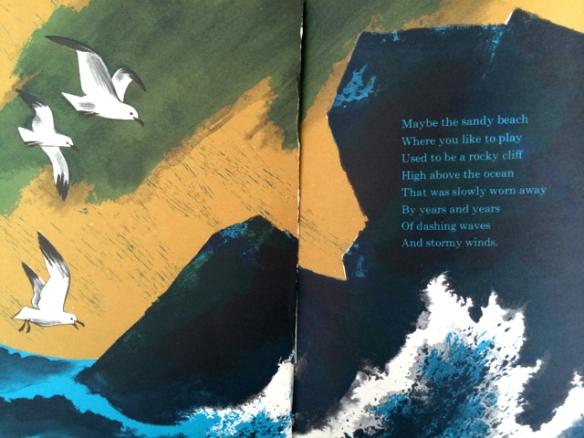 Turn the page, and the chill arrives. An ink-dark sea underpins a long wide stretch of golden beach curving up to a distant lighthouse, towards which children race, abandoning in the foreground a perfect sandcastle surrounded with a smatter of small footprints and handprints like prehistoric cave paintings.

And these were the words that got under my skin and lifted me right out of it:

‘And maybe the rocky ledge
you like to climb on
will someday be
a flat beach of sparkling sand,
where other children
will build their castles
and race the waves
along the water’s edge.’ 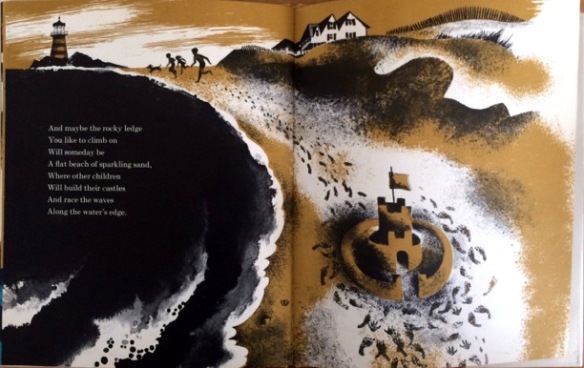 Time turns, and we’re tipped off the edge of it.

This is what the best nonfiction does: it tells us things we didn’t know (about castles, mirrors, cities and sand), while reminding us of truths we know but don’t wish to (about time, implacable decline, finitude).

As a child, I visited this strange, plain little book again and again purely to activate that nameless lurching sensation of holding infinity in the palm of my hand. As an adult, I cannot read it without thinking of E.B. White’s classic memento mori memoir, ‘Once More to the Lake’, and wishing for just one more grown-up conversation with the kind man who took children seriously and gave me this gritty gift.

by Jolisa Gracewood, co-editor with Susanna Andrew of Tell You What: Great New Zealand Nonfiction 2015. 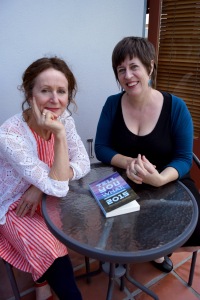