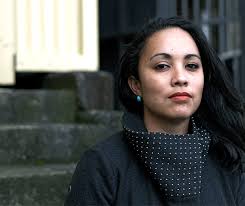 The idea of being a writer and someone creative was a key idea in Taking Form.In reference to Miranda July’s talk on Wednesday, Laing begins the conversation with the idea of “origin stories”, stories about our own origins as writers. Meredith describes how she was a “creative unicorn” as a child and that it was hard to stay different when transitioning into the real world. Her need to create was just a necessity that she “consciously felt since I (she) was a child”.

Laing then poses the question of whether writers have good memories or simply pay attention and therefore notice things that others don’t. Lee talks about how she, like many writers, has a second job: teaching at the design school. She beautifully describes how crossing from this job to her more creative mind is like going into a field, collecting objects and putting them into her pockets. Inevitably, however, she must “cross fields and come back to it”, it being reality. Nevertheless, when she comes back she also now has these new tokens in her pockets, tokens that will allow her to produce more creative work. 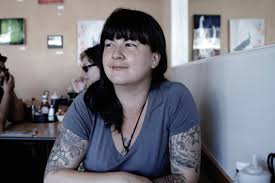 Tamaki both agrees with and develops this idea; it’s good to talk to others and discover but also good to be able to go away to this field and be alone. She describes being creative as a fragile “tenuous space”. This leads to the four talking about how,when writing, even one little disruption can be a giant disturbance; Tamaki says with a smile, “I don’t think writers should have to take out the garbage”.

Meredith also has an interesting take on the nature of writing and states that she, as a writer, has to “live three times more than anyone else”; writers have to live a moment, describe that moment, then condense that moment into a creative piece. To her, writing and being creative is like another world. She talks about how going to law school was like a different universe where she had to separate two worlds: one world that focused on certainties while her creative voice and voice was more uncertain.

They end with a discussion on collaboration, including how the idea of something as ‘yours’ is complex, and briefly delve into what happens when collaboration goes wrong and ideas are taken without credit, a situation that is not often talked about. Nevertheless, Tamaki asserts that it is important to “unclench a little”, to let other people into what you’re doing and to have faith in the power of what you have to create.

The four mainly talked about what it means to be a writer and I was a little disappointed since the description promised “a conversation about letting a story find its form”; there was little talk about these different kinds of art. I would have enjoyed a greater discussion about how these creatives incorporate different forms into their writing. Nevertheless, the four were all poignant and entertaining. Laing was an excellent chair, who offered up questions for discussion but also let the others speak freely, allowing them to give a greater insight into what it means to be a writer.

Attended and reviewed by Emma Shi