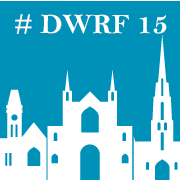 ‘How can one person remember all those lines?’ asked the stranger sitting next to me after the show Dalloway, at the Dunedin Readers and Writers Festival. Rebecca Vaughan, moving from character to character in Virginia Woolf’s famous story of Clarissa Dalloway and post-WW1 London, has utterly mastered and embodied each distinct personality on the stage. She is so immersed in the storytelling that, in fact, the question becomes more: how would she not know what was to be said next? She is working with genius, though; both in Woolf and Elton Townend Jones, the writer and director who has built a physical world from the pages of one of the most beloved of Woolf’s works – Mrs Dalloway. 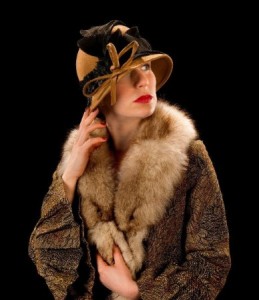 he show begins with a version of the famous opening line of the book – ‘Mrs Dalloway said she would buy the flowers herself’, but immediately moves to give breath and life to Vaughan’s characterisation of Clarissa with personal pronouns replacing that third person narrative style found in novels. It is satisfying that this fluctuates throughout and is as dynamic as the actor herself; the action moves from character to narrator to character to character – nearly all of Woolf’s imagined figures are given life on stage. Septimus Smith’s battle with post-traumatic stress syndrome, or ‘shell shock’ is just heartbreaking. Vaughan is so skilled in her craft that one forgets it is her giving life to each nuanced figure, both female and male. From Smith’s Italian wife to old suitor Peter Walsh; Vaughan quite simply gives each character the gift of life.

The ‘mermaid’s dress’ of green was immaculately cut and complemented the action. Ingenious pockets allowed Vaughan to become the masculine – Walsh in particular, as he paced the park and mused on Clarissa’s positive attributes.

If you are in Dunedin this weekend or Auckland at the upcoming 2015 Auckland Writers Festival, then this is a gem worth seeing. The words are gorgeous and the acting is incredible.