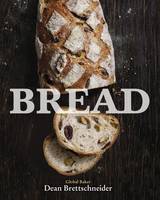 Reviewing this book has involved a journey familiar to those witnessing my food experiments. I’ve been through seven kilogrammes of flour, the new family pet is my sourdough starter and I sat in a restaurant anxiously clock-watching as I was concerned that my Walnut Crown Bread was over-proving. I’ve tracked down diastatic malt flour, and in the process have met Lower Hutt’s most famous sourdough bread baker and took into my possession one of his bannetons. It has been quite a journey.

Dean Brettschneider, also known as the ‘Global Baker’ is well known to New Zealanders through his recipe books and stint as judge on New Zealand’s Hottest Home Baker. His bread making and bakery skills are tremendously impressive, with over twenty five years working in baking. His latest book, simply titled Bread provides technical background on the entire process (including a QR code to watch a video on bread making techniques). And then there are the recipes, beautiful, precise recipes. Each recipe is accompanied by photos – with some very beautifully moody shots of the various breads, as well as lots of photos to aid with correct technique.

If you have never baked a loaf of bread before then you will certainly learn everything that you need to know to make bread successfully. However, you do need to be prepared to invest time in making these recipes. There is a chapter on fast breads, and I was very pleased with the Cranberry and Orange Twisted Loaf (pictured below). While it does suggest preparing the filling the day prior to baking, it only took me 45 minutes from start to finish. 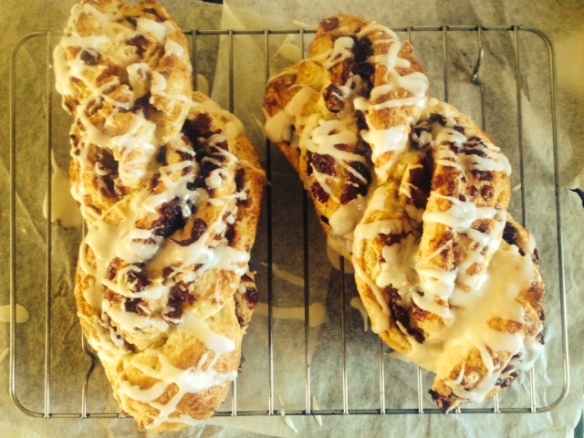 Creating your own sourdough starter is required for a few of the recipes which means that you have, at minimum, two weeks of work before you can start baking. It can also feel at times like a truly wasteful process as you create (and then dump large portions) of starter. The starter needs frequent attention and feeding. I’ve tried making sourdough bread before, and my personal blog documents many grumpy encounters with the process in the past. But none of those starters was as effective as this one. I think that the use of precise measurements help – you do need a digital set of scales to make many of these recipes. I have tried to assuage my guilt at the vast volumes of thrown out starter by setting aside portions of the final starter in the fridge to pass on to good homes!

The fine layer of flour dust that seems to have permanently settled in my kitchen was redeemed by the making of Walnut Crown Bread. My sourdough starter worked as it should and I was able to use the last of my beautiful local walnuts purchased in a school fundraiser. The diastatic malt flour (you can purchase this on Trademe, the type sold in brew stores is often the wrong type) really does make a difference to the final result – my bread was a beautiful dark caramel and smelt amazing. As I type, the leftover bread is being turned into crostini in the oven (a tip from Dean in the book). 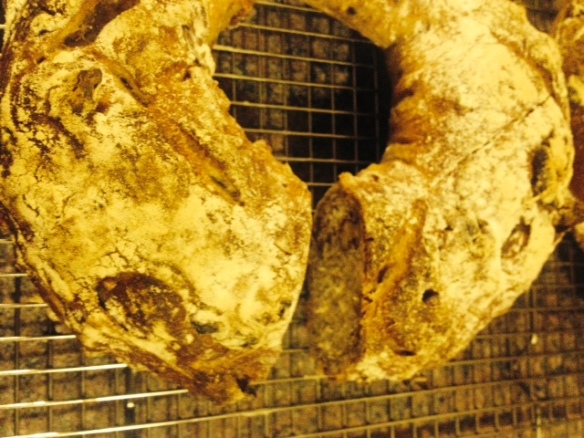 You do need to plan when making the sourdough breads, and Dean provides very helpful suggested timetables, as well as precise times and descriptions of the proving process so you can ensure that your bread is developing properly. I feel that I should mention that you can often buy sourdough starters online or in organic food stores. You may even be able to persuade a bakery to part with some. It would save a lot of time. A lot.

This is a really special book, I want to cook so many of the breads for so many different reasons. I’m waiting for the perfect occasion to cook a Brie & Caramelised Garlic Pain Miche (a large wheel of brie cooked inside a loaf of sourdough bread and topped with caramelised garlic). Dean’s Kiwi heritage is well represented with Raspberry-Iced Cream Finger Buns, Boston Buns (Sally Luns) and Jason’s Hundreds & Thousands Iced Buns. There is a section on celebration breads and my oldest daughter has strongly encouraged me to make the Cinnamon Donut Balls. The Beetroot and Thyme Baguettes would be amazing in a picnic with some top quality sausages and salad.

I have a large collection of cookbooks. Bread is already covered in flour and well-thumbed through. My knowledge of bread making has increased exponentially in the last three weeks and I feel like I have joined a secret club of those who have the knowledge to create amazing bread. It has been quite a journey.