Twenty one pallets of book stock have just moved up the South Island from Dunedin to Oxford in Canterbury; after many years of handling their own book distribution, Otago University Press has opted to have Nationwide distribute their books.

Other changes of distribution have come about from Harper

Collins’ relocation of warehousing to their Australian base; AUP have found a new home with Craig Potton and David Bateman is now the distributor for Bridget Williams Books and Josh Easby’s Hurricane Press.

Internationally the picture is just as complex with mergers and takeovers in the UK and USA, plus the entry of many new imprints by existing publishers.

Booksellers New Zealand has come to the aid of bewildered store buyers: Sarah Forster has painstakingly revised our list of both overseas and local imprints and their distributors in this country. She is still in the middle of this process, if you are a distributor or publisher and know you haven’t yet sent your current list of imprints through, please don’t delay.

Why not do your distribution in-house?

Otago University Press has used student part-timers to carry out in-house distribution for about five years. Publisher Rachel Scott reviewed this decision recently, as she realised her editorial and production team were handling too many ‘why haven’t we received the title I ordered’ and similar queries from local booksellers on a daily basis. “It was creating too much ‘busy’ work that took time away from our team’s real jobs. I could see it would be more efficient to contract out to professionals – efficient distribution is pivotal to the success of our list and it was not ideal for students to be doing this job.”

Rachel was pleased to find that there would also be an overall cost saving in transferring distribution to Nationwide, plus leave Nationwide handling those ‘why haven’t I received my order’ calls.

As the changeover was only effective as of February 1, it is too early to assess the results, but Rachel is pleased with what she believes will be ongoing benefits.

Nationwide is an established company now run by Andrew Tizzard and working out of Oxford – it is said the warehouse sits in a paddock! The company is only OUP’s distributors, as Archetype are its sales reps. Andrew says they have all three mainland university publishers, as they also distribute Canterbury University and Lincoln based Manaaki Whenua presses.

They are strong in the academic field, distributing Environmental Defence Society books and Australian education publishers Phoenix and Acer.

One off distribution is another service offered for self publishers ‘provided they fit our criteria for quality’. Because of cutbacks by larger competitors more really good local titles are available for them to promote, Andrew says. Antares Press is another Kiwi newcomer with two good titles which the company distributes.

They settled on a move to Craig Potton distribution out of 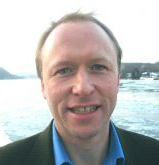 their Nelson warehouse. “We are very, very happy with Craig Potton,” says Sam.

“Distribution is quick and efficient; their sales push to both regular bookstore account and special markets is tighter fit for our list than we had before. So it is just great!”

AUP is the newest list to be added to Craig Potton Publishing’s distribution portfolio; which also includes Lonely Planet (since 2010) and Hema Maps (since 2011). Managing Director Emma Radcliffe says they would consider increasing their distribution to include further lists, if there was a synergy with the current ranges available through CPP.

They also distribute selected single titles – a recent one is The Hanging Sky, a Christchurch Art Gallery publication on artist Shane Cotton. “We pride ourselves on offering excellent customer service, combined with strong sales representation and efficient delivery,” Emma comments.

‘It seems to be going well,” says Carole Doesburg (right). “But it has not been without its challenges.” For instance, stock that could be called on in an emergency was 40 minutes across town once upon a time. Now, it is a minimum of three days if something is needed urgently.

A few comments from those in the know
Observers in the trade are watching the offshore warehousing of much of New Zealand publishing with a wary eye. Once you’ve shifted stock off shore and delegated responsibility to a distributor there, The Read was told, decisions about levels of stock for imported titles can be in the hands of those who know little about our market, and care less. It’s not unheard of that a warehouse covering both markets can divert stock destined for New Zealand to an Australian retail chain who is yelling loudly. Distribution from Australia only sees the interests of Kiwis diminish, with the possibility of stock being maintained at too low a level when replenishments are needed for a hot item in our market.

However, The Read understands some Australian suppliers/distributors have separate stock holding areas for New Zealand, and it is ‘no poaching’ in these operations.

How has the retail book trade coped with all the changes? By and large, distribution switches come with a set timetable for returns etc, so both stores and publishers know the boundaries. But one problem with Australian distribution John Brenssell of Dunedin’s Golden Centre Paper Plus has noted is a bigger percentage of badly packed books, despite their hi tech state of distribution. “You expect the occasional box dings in transport,” he says, “But we’ve often found stock with back covers creased or pages folded which should not be happening. It is frustrating when that happens to a special order.”

New Imprint will control own distribution
Upstart Press, which brings out its first books for 2014 next week – two Buzzy Bee books written by Joy Cowley, and the 2014 Rugby Almanac, will initially be doing its own in house distribution, says Director Kevin Chapman. So for Upstart, it is a case of starting up what Otago UP has just ended. Kevin says he actually loves packing books – “It is the last part of book publishing, ready for the bookselling process to begin.”

This is the lead for The Read newsletter, a member newsletter for Booksellers NZ.

2 thoughts on “Where do I source that book? Supply dilemmas and local distribution changes”